Go Away the third wave of Corona

It is feared that the third wave of Corona may happen. Another thing that is feared is the Delta variant of the corona virus.

I wrote about understanding the body better and loving yourself more as a way to beat this disease. I believe that mathematical equations of the body will give you knowledge of mathematics and body. This will inspire you and you can become stronger.

I want to spread these knowledge pieces more to create awareness and be able to beat corona.

Property of our hands

Posted by Kirtivasan Ganesan at 4:53 AM No comments:

Email ThisBlogThis!Share to TwitterShare to FacebookShare to Pinterest
Labels: General

What is zero ? What is one ? Very difficult questions. But very valid and beautiful questions indeed.

An infinite series from 0 to infinity for n/(n-1)! added and subtracted alternately gives zero.

While an infinite series from 0 to infinity for n/(n+1)! added for all terms gives one.

I think this is a cute answer. 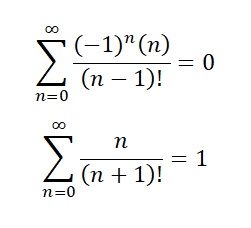 Posted by Kirtivasan Ganesan at 10:52 PM No comments:

Email ThisBlogThis!Share to TwitterShare to FacebookShare to Pinterest
Labels: #PythaShastri

In near future,  I shall  be caricaturing women. I hope to improve my methods in caricaturing techniques in this process.

I wish to generate PhD level of knowledge in caricature as an art of drawing.

I wish to be as good as Tom Richmond.  And William Maughan.

Another thing I wish to practice is drawing landscapes. I wish to be as good as Frank  Rines.

I shall also study Asaro body. I hope to learn valuable lessons.

These are the targets in art. Have a nice day!!

Posted by Kirtivasan Ganesan at 6:48 PM No comments:

Email ThisBlogThis!Share to TwitterShare to FacebookShare to Pinterest
Labels: Autobiography

I am talking of mathematical functions.  Taylor made functions in 16th or 17th century.  Later Maclaurin considered the function for zero value.  Newton then used these concepts of functions and its value at zero and made calculus.

Gauss however talked of complex functions. To see the horizontal axis and vertical axis is free and do not require time. However the resultant of horizontal and vertical or the 3rd dimension need time.

I do not need complex numbers,  functions or calculus now. For I have 3 and 4 consecutive numbers, pi, hour glass, origami sheets and golden ratio.

It becomes a question of responsibility now. One cannot deny the contribution of complex numbers,  functions or calculus in education.  But we must also understand that Chinese do have a system of thought different than England, USA and India.

My responsibility is China and Asian countries.  Not English guys from England,  USA or India.

(15/06/2021. English mathematicians (England,  USA, India)may have right triangle concepts in i, calculus and trigonometry. But I (China and India) have symmetry knowledge in 3 and 4 consecutive numbers, pi, hour glass,  origami sheets and golden ratio.  I will never give my knowledge of symmetry to English mathematicians. My mathematics is also protected with JETIR. I believe symmetry is the most important concept).

(16/06/2021. I am seeing symmetry in walking principles.  Yes. In walking the right leg is forward and left leg is backward still we move forward towards destination. Is it not? I have symmetry system for it. Of course I am not going to share to English (England,  USA or India) people.  But it is with China, Korea. With me)

Posted by Kirtivasan Ganesan at 6:26 AM No comments:

Email ThisBlogThis!Share to TwitterShare to FacebookShare to Pinterest
Labels: Autobiography

We should not be helpless against the covid disease.

Scientists, doctors, nurses, leaders are working day in and day out to get our country out of this pandemic.

I also want to contribute.  If you know your body you will be able to fight the disease better. This is my mantra.

Here is a piece of mathematics and body.Magic numbers and our body 1.

I have written a lot of blog posts on human mechanism and mathematics and challenges of life. You can look at them.

Just realize how nature has built us. Understand how we need to tap nature plans. And work with ourselves.

If all of us are individually able to face covid boldly then the pandemic will vanish from India.

Posted by Kirtivasan Ganesan at 6:24 AM No comments:

Email ThisBlogThis!Share to TwitterShare to FacebookShare to Pinterest
Labels: General

Based on my earlier post, I further modified and obtained this equation. 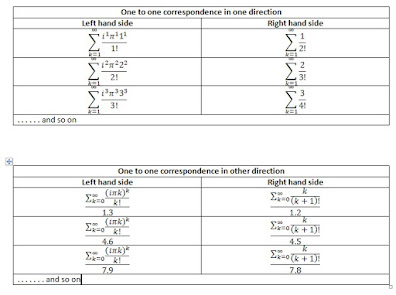 What are your views ?

Euler made a fantastic complex equation e to the power of i theta equals cos theta plus i sin theta.

I tried very hard to get a similar beautiful equation. I managed a little and made the following equation.

Thanks Wolfram alpha once again!!
Posted by Kirtivasan Ganesan at 10:04 PM No comments:

Kirtivasan Ganesan
I am strongly driven by Pythagoras theorem and Golden Ratio. Also by mathematical constants. Hour glass. I hashtagged myself as #Pythashastri. My education was always Tamil driven. Tamil education association schooling in Delhi. KCT Coimbatore for electrical engineering. I am in steel industry now. Steel industry guys normally have strong steel pride, here in India. I don't have much steel pride but proud of the quality of stainless steel of Salem. I am in blogging because I have a neutral global mentality. I have equations and sketches to share.